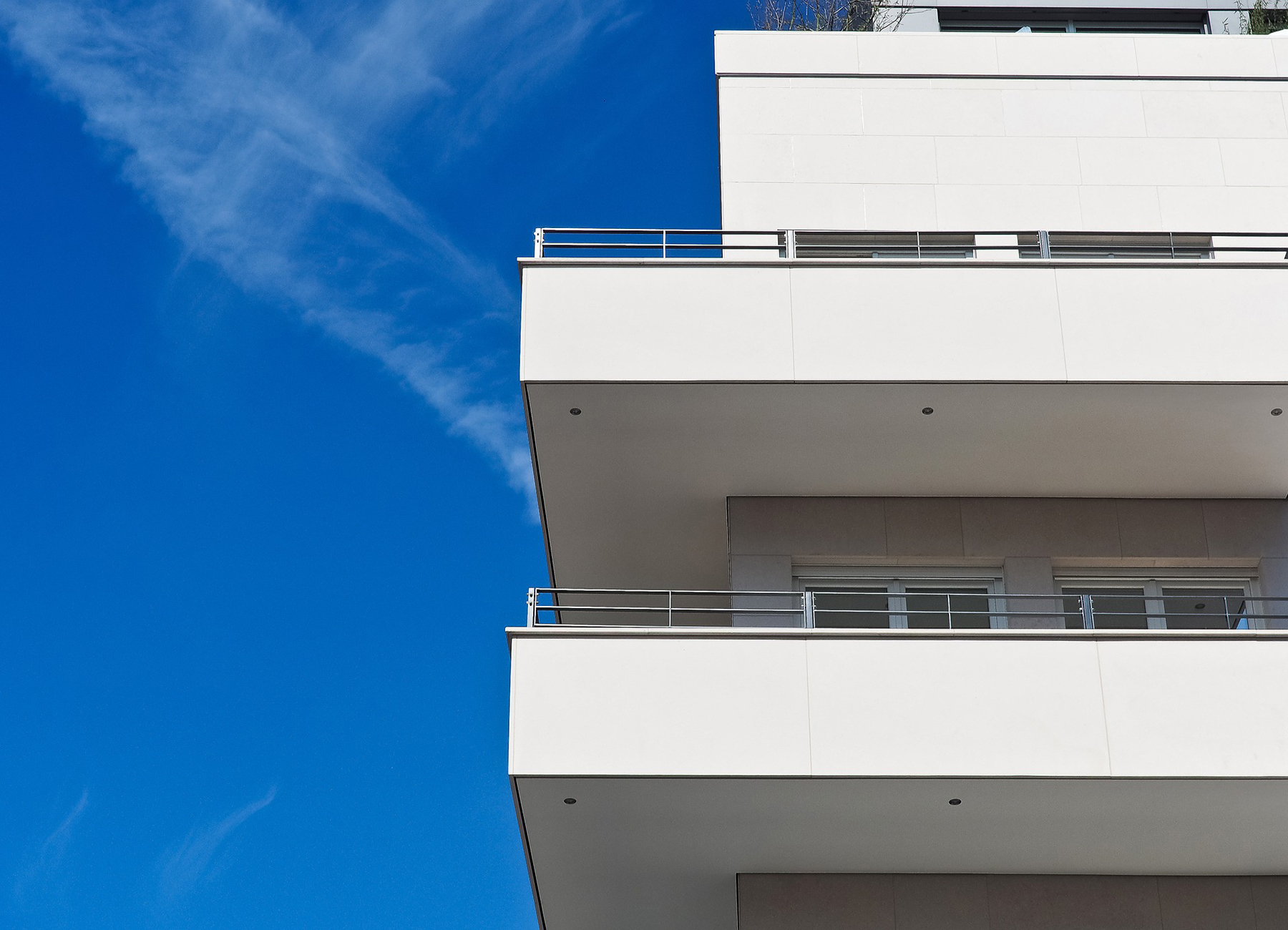 A collaborative approach is needed to resolve conflicts between fire protection and seismic movement requirements for service penetrations passing through fire-rated walls.

At the recent NZCB/AWCI conference in Christchurch where we were exhibitors, the conversations we engaged in often included the subject of designs having to cater for seismic movement. While internal partitioning and ceiling systems have specific design guidelines that cater for non-structural elements, there was some concern about service penetrations passing through fire-rated plasterboard walls needing to be fire stopped while allowing for seismic movement at the same time.

Fire-rated internal partitions may typically include the walls and ceilings around the corridor in a multi-storey hotel; this is the escape route in the event of a fire. Fire-rated partitions may also include inter-tenancy walls between hotel rooms. Each hotel room is an independent fire cell. The egress route would typically also be a fire cell. The floor between levels in a multi-storey building is also a fire-rated separating element of construction.

So imagine if you will, each floor of the hotel is cut up into rooms and corridors with storage/service cupboards and service risers.

Each of these areas requires mechanical services of one sort or another. Corridors need power and lighting for fire alarm sensors and evacuation speakers/sounders, and ventilation HVAC ducting. Each room typically needs running water, drainage (wastewater), power, data (TV, phone, fire alarm) and air conditioning — to list the most common service types.

The fire engineer’s report covers the location and dimensions of these fire-rated walls and determines the fire resistance rating (FRR) of each separating element.

If we consider the floor plan of a single floor and how we may typically run bulk services around the plan to reach all the rooms and service areas, we default to the most common practice of having the services run down the corridor and then splitting off into each fire cell along the way. In most commercial buildings we encounter fire/smoke doors along these corridors. Above these fire doors, there is an extension of the firewall (called a baffle) and the bulk services need to pass through these fire-rated internal partitions.

Above the visual ceilings in the corridor, at the entrance to each hotel room, multiple services need to pass through the fire-rated internal partitions between the corridor and each fire cell.

All these service types need to pass through multiple fire-rated internal partitions in order for the hotel to function as intended. These penetrations through internal fire-rated partitions are required to be fire stopped to the same FRR as the separating element to be compliant with the NZBC.

As may be expected, when a sprinkler pipe passes through a plasterboard wall, both these elements of construction are rigid. The fire/smoke seal between the metal pipe and the plasterboard is also rigid. In the event of a fire, the smoke and flames would not penetrate the wall of the fire cell and spread into the corridor blocking escape routes and preventing occupants from leaving the building. The NZBC calls for all fire stops to be tested and installed in the same manner as to how the stop was tested, which gave rise to the established FRR – AS4072.1.

However, in the event of an earthquake preceding the fire, the seismic movement would probably have caused this rigid smoke/fire seal to break, allowing for the spread of smoke and/or fire from one fire cell to another.

In the event that a wall breaks and the electrical services are no longer functional, visibility would be poor. The probability of occupants being injured by trip hazards from fallen wall materials along the egress routs is high.

When walls have been designed to include seismic deflection head tracks etc. to allow for movement, once the movements have taken place, the fire resistance of the fire-rated wall may have been compromised, facilitating the spread of smoke. Air conditioning ducts are often fixed to the underside of the concrete floor slab and will consequently move with the floor. Where these pass through rigid interior plasterboard fire-rated walls with seismic deflection tracks, the likelihood of damage to the wall is high.

Need for seismic consultation at the design stage

In NZS4219 specific clearances are called for between the stud work and the passing service (this is understood to be 50mm in all directions). This void is intended to allow the wall or the service to move independently during a seismic event, without causing damage to either. With all the best intentions in the world, how would such a void prevent the spread of smoke or fire and remain compliant with AS4072.1 and section C of the NZBC?

In a fire test (compliant with AS1530.4) no provision is made to measure smoke leakage.

The integrity of the fire stop is measured no more than 25mm away from the penetration edge, on the wall and on the service. Heat should not exceed 180°C above ambient and as soon as this temperature is exceeded, the fire stop is regarded as having failed at the time in the fire test. The FRR may be -/60/- and the heat passing through the “hole in the wall” may cause integrity failure in around five minutes (furnace temperature may be above 600°C at this time).

Clearly, this void needs to be plugged/stopped with some form of material that would be flexible enough to tolerate the seismic movement and at the same time not compromise the integrity of the fire stop. There are compatible passive fire stopping materials that, when combined with one another to form a system solution, could be proposed as an alternate design to resolve the conflict between fire and seismic compliance requirements.

When architects and fire engineers consult with mechanical service engineers to determine the path of services around the floor plan of a layout with firewall locations given, more cognisance ought to be evident that seismic movement and fire stopping has been accommodated at this early design stage.

Building consent authorities should call for evidence of this conflict resolution before consent is approved.

Many of these challenges can be resolved by providing the local consenting authority with evidence of compliance for each component, construction/installation design methodology and the manufacturer’s declaration of support for the use of these individual components/materials/products in conjunction with each other, to form a passive fire system that may satisfy both the fire protection and seismic movement requirements on an alternative design basis. These need to be “buildable” and construction monitoring (sign off of PS4 etc.) and inspections should be scheduled early to ensure what is consented has in fact been built.

Who is better positioned to be consulted at the design stage than the passive fire manufacturer? We know the component compatibility and the product limitations and can navigate our way through the library of various fire test and fire assessment reports to provide the necessary evidence of compliance — saving everyone valuable time.

A multi-service cable transit, such as the Boss FyreBox could be installed into the fire-rated wall, creating a fire-rated “hole in the wall” through which multiple services could pass (into each individual fire cell/hotel room) and, in the event of seismic movement, the wall and/or the services could move independently and settle when the movement stops. If there is no fire, the seal can be remediated if necessary and made good. If there is a fire, as soon as the heat is applied to the Boss FyreBox, the intumescent FireMastic HPE is activated and the interior of the FyreBox is sealed off, preventing the spread of smoke and fire.

The Boss FyreBox can also be installed for the bulk service runs as any number and any combination of the tested services would be compliant.

This collaborative approach to resolving conflicts between fire protection and seismic movement requirements can only be achieved by “beginning with the end in mind” — simplification of the CCC is the approach we at Potters adopt to protect the integrity of firewall penetration systems.

Further information on the AWCI Code of Practice (July 2018) for the seismic design and installation of non-structural internal walls and partitions is available on the AWCI web site.