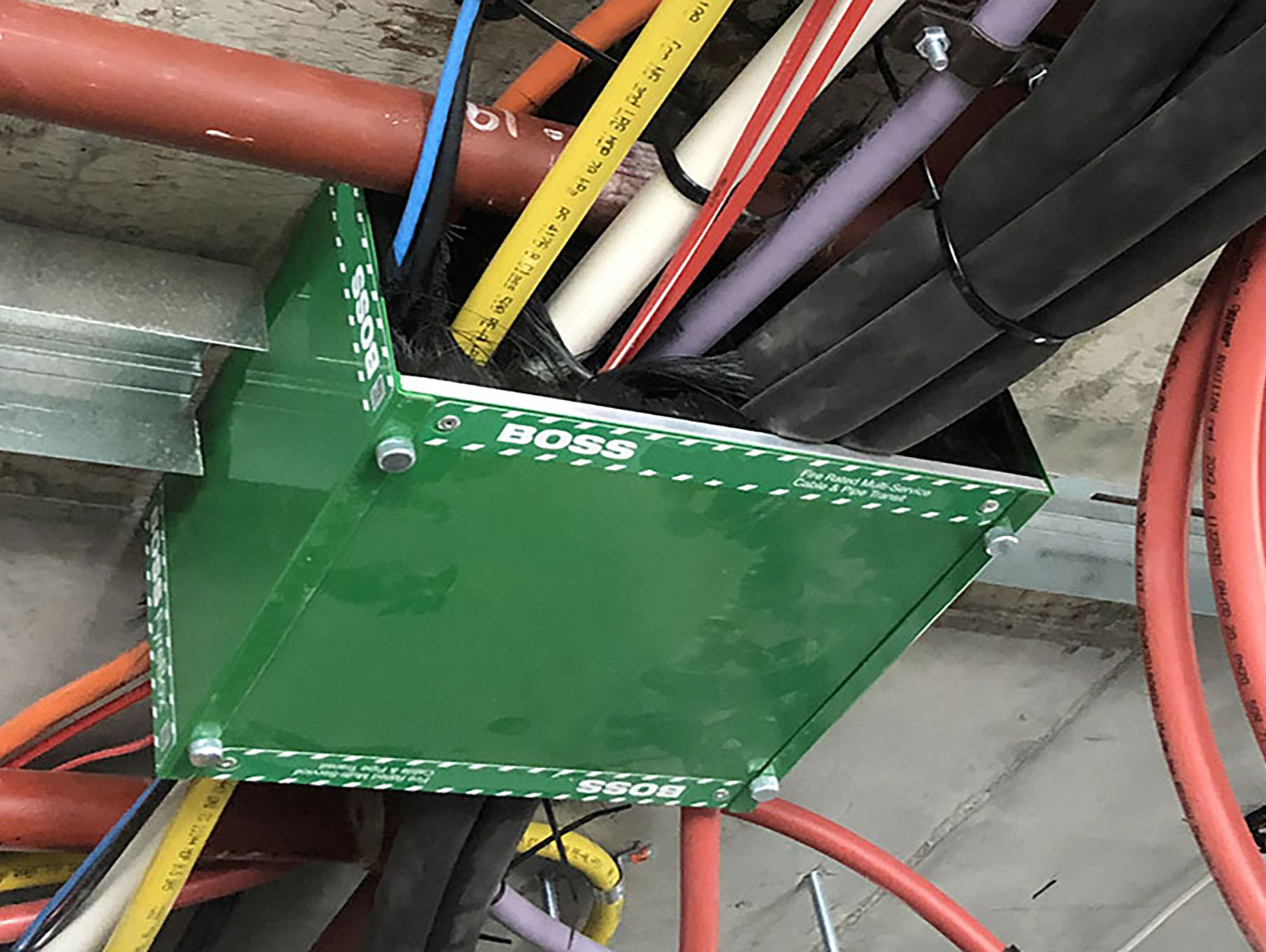 In a perfect world, architects, engineers and consultants will have had the time and resources to design a project from start to finish including how to treat all of the service penetrations so that builders and contractors can simply follow the plan. In reality with pressure from developers always pushing to shorten the design and build time often certain things are designed on the fly during construction.

A common aspect of design that we see often forgotten until well after works have begun is the firestopping of services where they pass through fire rated walls and floors. In the passive fire industry, it’s always much better to plan ahead and select a tested system that will be treating the penetration before cutting any apertures or running services. It’s great to see that most contractors these days are now conscious that when running their services that they need to select a fire rated product that has the relevant certification approved for the relevant type of pipes or cables. They are also far better these days understanding that the type of the wall or floor is also a critical element to the tested system. 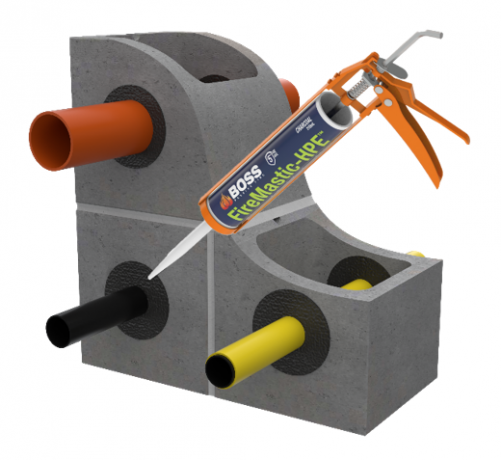 expand in the event of a fire and crush inwards as the pipe melts away and essentially close the opening left by the melted pipe.  The gap around the pipe will have been sealed in the test with a specific depth and width, and in some cases a surface fillet. The relationship between the amount of sealant and position of the sealant may impact on whether the sealant will in fact close the opening left by a melted pipe. Therefore it’s critical to understand a products testing and range of opening sizes relevant to the service.

BOSS FireMastic-HPE is a high pressure exerting intumescent fire rated sealant that is used for a variety of plumbing, electrical and HVAC services. Recently the FireMastic-HPE has carried out further testing on PEX pipes highlighting consistent performance with annular gaps from 5mm up to 20mm. It also carries testing where the pipe is offset in the aperture.

So what about oversize apertures? It’s all well and good to cut a nice core hole for a pipe, but what about larger services like cable trays, cable bundles or even a mixture of trades?

That’s where BOSS Fire has a wide range of passive fire products to suit your services passing through a variety of different apertures. 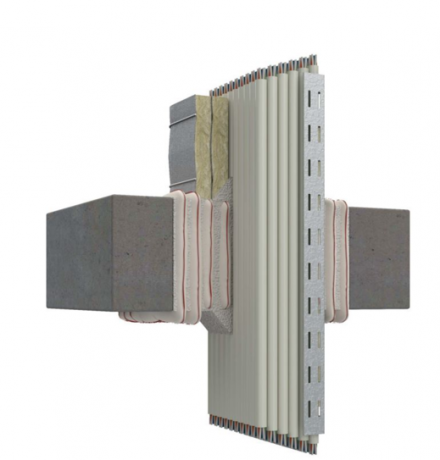 BOSS FirePillows-240 are a cost-effective fire barrier that be used to tightly pack in around non-combustible services like cables and cable trays, or metal pipes. They are best suited to concrete and masonry walls or concrete floor slabs and offer up to a 3hr fire rating.

BOSS Batts offer another solution for oversized apertures. BOSS Batts consist of a high density mineral fibre batt with an ablative fire resistance coating. They offer excellent flexibility in how that can be installed around a pre-existing service or be friction fitted into an aperture to act as a substrate for other passive fire products such as collars or mastics.

Another product which offers new build or retrofit options is the Multi Award winning BOSS Fire® Transit Box which is revolutionising firestopping methods for large bundles of mixed services. Designed to allow large bundles of pipes and cables to all pass through one single fire rated enclosure, the Transit Box is the only tested and proven method of firestopping multiple services with such simplicity of installation and ease of compliance. Not only does it come in a wide range of sizes to suit a variety of apertures, it also carries approvals with BOSS Batts so that multiple boxes can be installed in different aperture sizes.

When it comes to planning your firestopping systems, always take into consideration the approved aperture size and select the appropriate products to suit.